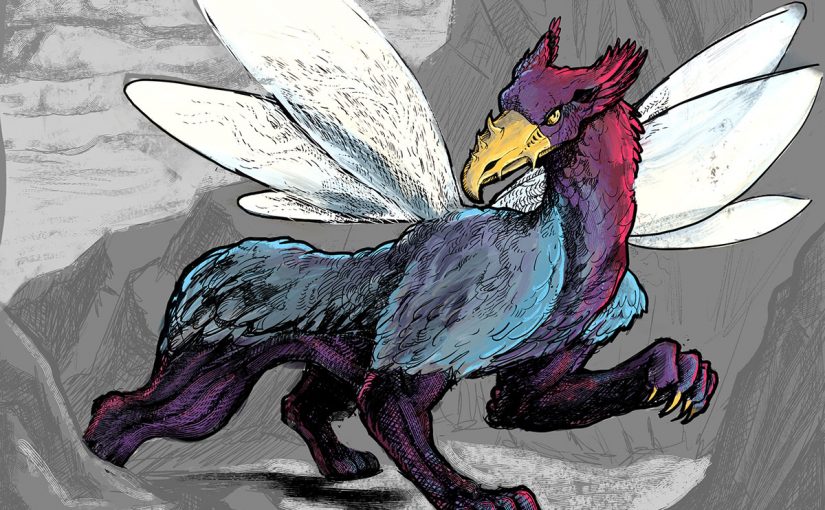 Brielle seemed to like this version, so I pulled it into Procreate and expanded with color. I’m not sure how I feel about this style…but it all was very quickly done for learning! 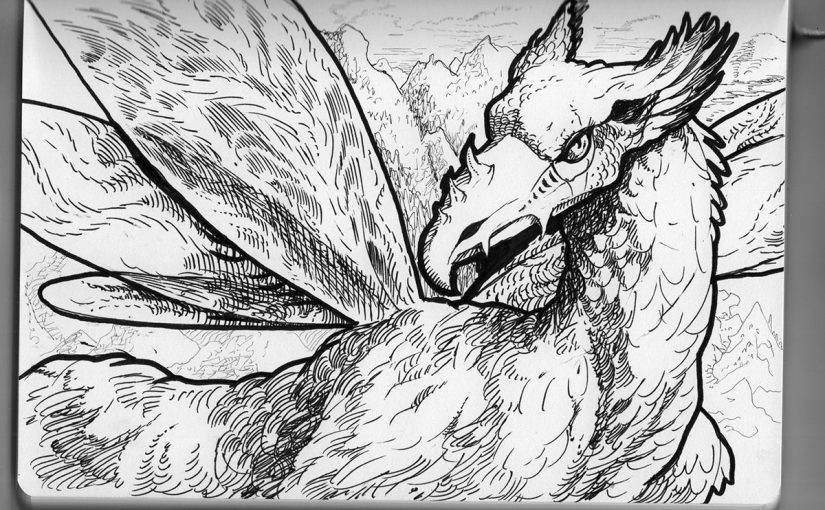 Brielle was not taken with the first concept, which is great (see the previous post where I rendered a made-up creature for my daughter’s story). It is important to her that this creature appear very feminine. Fair enough. I focused in on the face this time. I thought about pulling this into ProCreate and filling out the rest of the body with some color added. We’ll see! 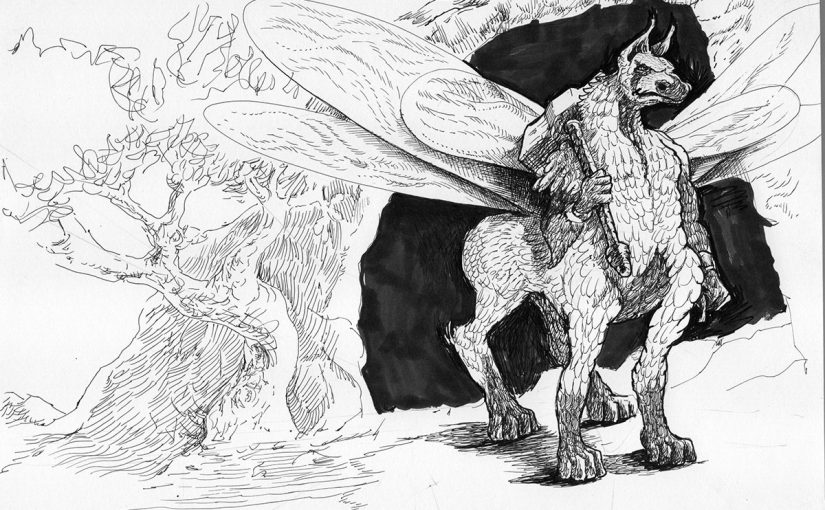 My daughter, Brielle, decided to write a story this summer and asked if I’d draw a few concepts of her “Hexwing” to help describe it in writing. This is the first sketch.

This isn’t exactly a Thorn concept drawing, but I did recently go through part of the Inheritance Cycle, by Christopher Paolini, involving Murtagh and Thorn.

Also, after looking through several Dore engravings I noticed there’s special care given to each background, and so I spent a little more energy on the clouds…which one of my daughters pointed out as her favorite part of the sketch.

A quick doodle in my 6×9 sketchbook:

Here’s a doodle I did in the really nice ink sketchbook my wife gave me for Christmas. It’s about 6″x9″ – the perfect size for ink doodles!

This is a first attempt at digital engraving based on the masterful engraving of Gustave Doré. There’s no better way to learn than to study the work of true masters!

Since I realized there’s a tonal composition under the line work, here is the first phase.

Taking the sketch from last Sunday, I scanned it in and finalized in ProCreate. I’m not as pleased with the result as I’ve been with past scans/digital finishes. Part of the issue is that my chosen digital tools (engraving) didn’t mesh well with the ballpoint pen sketch. Oh well!

Free association doodle from a sermon about contentment. Hmmm, I wonder if there’s any connection, or if it’s totally random?

As far as the monster concept, I also feel it could be improved dramatically to be even more creepy. I wanted it to have an insect and vulture quality. I do like the “meat hook” appendages designed to snare and tear. I also like the thorny, venom laced spines on its tongue.

Stylistically, I’ve been studying Gustave Doré’s engravings. His masterful art is incredible. I decided to try to mimic engraving digitally and this was sort of my first shot. It has a LONG ways to go to even look like an engraving. Well, this is sort of my second or third shot after playing around with dozens of digital pens and tools. The realization that Doré’s engravings have a tonal quality under the line work was a breakthrough, which I employed here. The problem is that there’s too many stylistic directions going on to look like an engraving, not to mention that the single scribe does not mimic the parallel lines of an engraving tool (which, I’ve used in the upcoming posts).

Compositionally, I’d like to leverage more dramatic perspective in the future. This is sort of plopped in the center without much visual tension. The lighting and contrast turned out ok.